MusiKfest Kew is the newest addition to Kew Junction’s exciting events calendar. It is a community festival designed to offer locals the opportunity to experience a huge range of musical acts in Kew’s many and varied venues.

Entertainment is scheduled from Tue, March 10th to Sat, March 14th and many events are free or very affordably priced. There is something for everyone – from kids to families to adults to seniors.

100% of money raised through sales for ticketed events below will be donated to Guide Dogs Victoria, a local Kew charity. 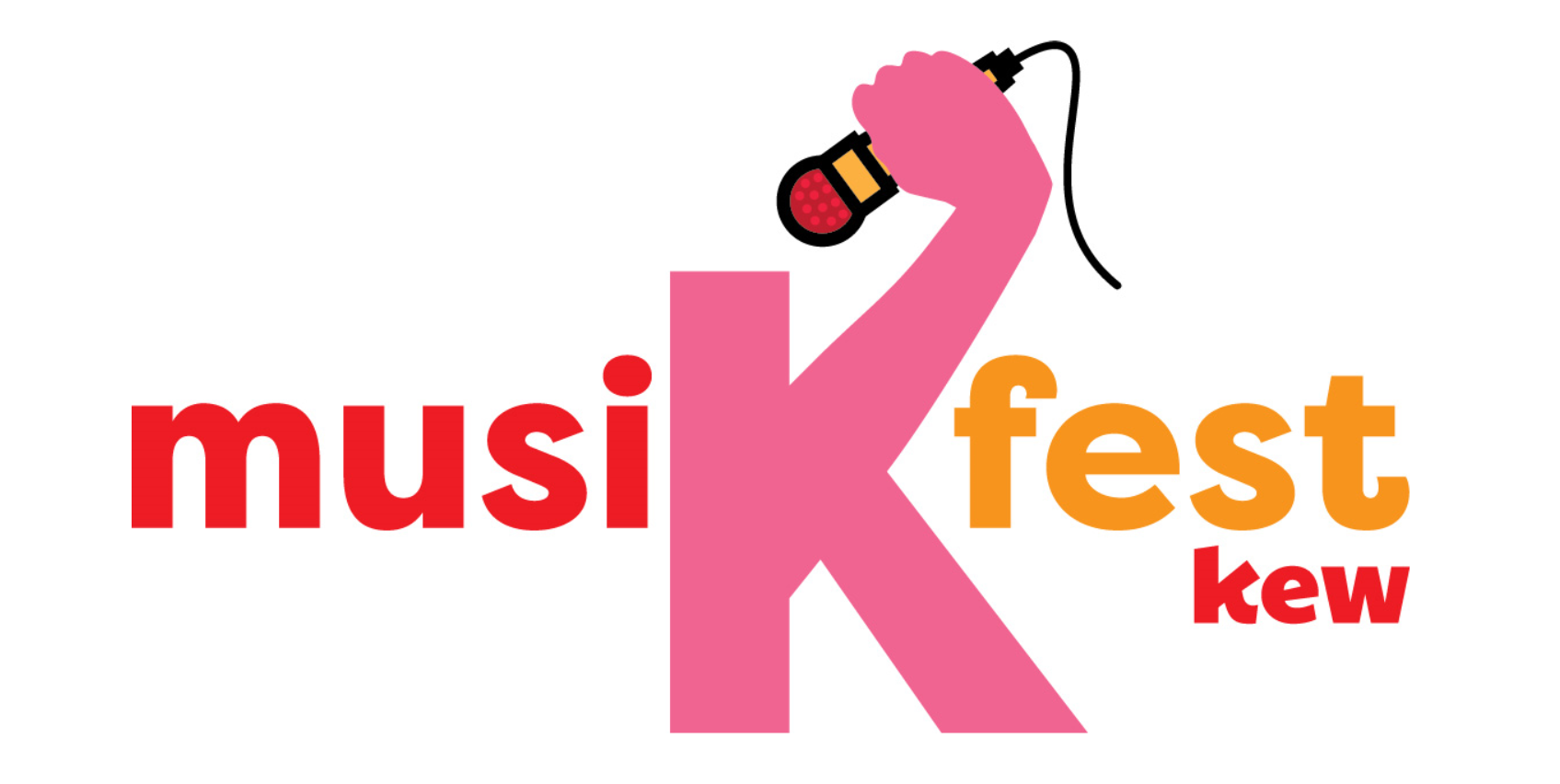 Tim Hulsman is an Australian independent singer songwriter and slide guitarist. A rare and vulnerable performer who opens his heart and mind and bares his soul, through beautiful, evocative and dynamic music. He narrates an autobiographical journey through his rollercoaster-life, filled with positive imagery and pearls of wisdom. Now with the addition of Winston Galea on drums and Craig Kelly on upright bass, Tim’s live shows have soared to a new level of grit and power, to back the raw emotion and depth of his song writing.

Book a ticket for the launch here

The art music of northern regions of the Indian subcontinent

David Balaban has been studying North Indian classical music on the sitar for the past 15 years. Since moving to Melbourne Australia from Canada in 2009, he has been teaching and performing classical sitar regularly across the city. David has recently performed at the Sangam festival at Bunjil Place, was a guest artist at the Melbourne Hindustani classical music society, and has also performed on channel 7 for the television program the big music quiz.

Indian classical music consists of two main components, Raga (the melody forms) and taal (the rhythm cycles). This music is very much improvised and created on the spot. Accompanying David on the tabla (drums) will be Aman Kalyan, one of the most well know tabla players in Melbourne.

Come join us for an afternoon of song tunes from many popular musical theatre shows. Tap your feet, clap along and even sing with the star performers from Wendy Samantha Productions.

Jennifer Salisbury combines the vintage style of jazz from the 30s through to the 50s with a tone and delivery well matched to those eras. You will hear songs from the likes of Billie Holiday, Ella Fitzgerald and Julie London to name but a few. Performing in a duo for MusiKfest Kew, Jennifer provides chic, swingin’ jazz for any occasion.

Now and Then Cafe, 204 High Street, Kew (please note change of venue for this event as original venue shut down)
No entry charge, simply call Now and Then Cafe and book a table on 9853 8306

It’s Spanish night at Dawson! Experience the union between heartfelt Spanish melodies and intricate rhythms of the flamenco guitar, coupled with the raw strength and beauty of flamenco dance.

A unique showcase of dance as music and music as dance, SENES Flamenco is powerful, authentic and intimate.

Join Q Art Gallery at their latest music-themed exhibition, Rhythm & Hues, accompanied by the improvisational tones of Downtime Jazz Band. Featuring Melbourne musicians, the group is dedicated to delivering a wide repertoire of music in an entertaining and funky style. (note: video is of trio but only duo will be at this event).

Noriko Tadano is an award-winning, virtuoso master of the Japanese shamisen (a 3-string, banjo-like instrument) and a traditional Japanese vocalist, who has performed all over the world.

She has been playing shamisen since she was 6 years old and performs both as a soloist, as well as in collaborations. Noriko’s ability and drive to cross over between traditional and modern Japanese music has recently seen her perform with renowned world musicians, as well as traditional Japanese artists.

Tim McMillan & Rachel Snow are a duo from Melbourne, based in Germany, and currently immersed in an endless tour entertaining and delighting audiences across the world. Tim is a percussive fingerstyle guitarist and outlandish storyteller and Rachel an exceptional violinist and accomplice in Tim’s whimsical narrative. An acoustic Celtic-folk-metal-goblincore duo, they perform entertaining sets full of lively music, entrancing vocals and a good slice of humour!

Wokaholic, 8 Parkhill Road, Kew
No entry charge, simply call 9852 8899 or reserve via the link below

Three young divas from Melbourne & Monash Universities will come together in a concert of arias & duets, showcasing some of the best loved opera composers – Mozart, Puccini, Bellini – plus some glorious Tosti & other surprises.

+ Kristin Astouroghlian is a lyric mezzo soprano. She is currently learning singing at Melbourne Conservatorium of Music.
+ Christelise de Graaf has performed and worked with the likes of Victorian Youth Opera and Gertrude Opera. Her vocal skills are varied and wide, with her love for musical theatre, jazz, contemporary and classical music.
+ Isabelle Mazzarella is studying at the Melbourne Conservatorium of Music, in addition to being a member of the Vocal Ensemble here. She has participated in Operas such as Dialogues Des Carmélites in 2018 and Albert Herring and Orphée Aux Enfers in 2019.

Wind down after the working week with this Kew local

Perfect for the post working week wind down. Clancy Bassett is a 27 year old Kew local with a passion for singing, drumming and playing guitar. You’ll hear singer songwriter covers, like John Mayer and City and Colour, at this relaxed event.

Sarah Margot is a Melbourne local singer/songwriter. From Sunday sessions, winery performances, weddings and birthday parties her ambient style and relaxed cover music is always well received. Her focus is on pop covers throughout the decades, some favourites including Fleetwood Mac, ABBA, Amy Winehouse and more recent pieces by Ed Sheeran and Lady Gaga. Sarah loves performing to a live audience and regularly performs in Melbourne’s inner north eastern suburbs.

Described as “..one of the finest vocalists coming out of the region” by Forte magazine, Izzy Losi is an artist who grew up performing around Geelong, the Bellarine and the Surf Coast.

A passionate performer, composer and lyricist, Izzy is a multiple winner of Australian music competitions and crowd-funded her latest EP “The Only Constant is Change”. Her single, Change reached #1 on triple j unearthed in April 2017. Derek Robert Kaplan of musicisking.com writes: “…It’s rare to find an artist of Losi’s caliber that hasn’t yet been discovered…”

Izzy is being supported on the night by Wilson Blackley. It has been over a year since Wilson turned 16 and decided to pursue a music career. In that time he has recorded and released his first EP ‘Elephant’, has written two hours of original music and toured Victoria and New Zealand with his signature sound – an eclectic acoustic mix of roots, rock, folk and soul .

Sing along to all your acoustic favourites

Brothers in Harmony features brothers Brendan & Michael Etherington. The brothers both play guitar and sing and love to entertain crowds with a repertoire of acoustic songs spanning everything from golden oldies to modern day hits. Guaranteed you’ll be singing along to all your favourites including Queen, The Eagles, Crowded House and more.

Perfect for families or those who love a little boogie, the Guru Dudu Silent Disco Tours involve everyone wearing headphones (supplied), hitting the High Street and listening to the same playlist of uplifting dance music from the 70’s, 80’s & 90’s, plus the fun commentary from the tour guide. The tour can include spontaneous ‘flash-mob’ dancing, interpretative dancing and singing around local landmarks, community connection and more.

Fun for all the family!

Calling all families – this one’s for you! Bush Dances are a time honoured and unique Australian cultural invention that were very popular in the 1970s and 80s, and remain so today. Mums, dads and kids will be shown the steps to old favourites like Heel and Toe Polka, Bush Hubba Hubba, Bush Tango, Pride of Erin, Barn Dance and more. You’ll be entertained in the breaks while Bushwazee sings Aussie classics like Click Go the Shears, I Still Call Australia Home and Waltzing Matilda.

Perennial taste makers of the highest order mixing fruity 80’s disco treats with tantalisingly spicy beats that will make love to your ear holes and then serve you a milkshake.

Join us for the biggest event of MusiKfest Kew – MusiKfest Kew, The Battle. Today you will see local musicians, singers, dancers and lip sync bands battle it out to be the winners in their category, claiming $1000 in prize money. Love to see more on what The Battle is about? Check it out here.

Between 1pm – 4pm you’ll be entertained by these acts, in addition to other talented artists including Jesse Teinaki and Elsa Clement from The Voice 2019.

About Elsa: Performing from a young age, attending a performing arts high school and being a TDP (Talent Development Program) graduate 2018, dedication matches the passion. In 2019 Elsa appeared on Australia’s The Voice and placed in the Top 16 (Finals) under the mentorship of Kelly Rowland and Guy Sebastian.

About Jesse: Teinaki was handpicked to support Bon Jovi on his stadium Australian tour, appeared on Australia’s X-Factor and received recognition as a songwriter attaining awards through programs including the prestigious Telstra Road to Discovery People’s Choice Award. The last year has seen Teinaki travel nationwide performing shows for various crowds, exploring his artistry with experimental song writing and placing in the Top 24 on The Voice Australia.

‘Kew-ber’ Eats delivery stall will be onsite for lunch and snacks, in addition to Dawson’s beverage stall selling alcoholic and non-alcoholic drinks.

PLUS, visit the Guide Dogs Victoria marquee to meet and have a cuddle with their Ambassador Dogs. Merchandise will be available for you to purchase that PAWfect gift.

To get to event, plan your journey here. 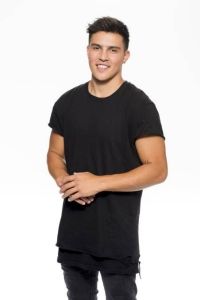 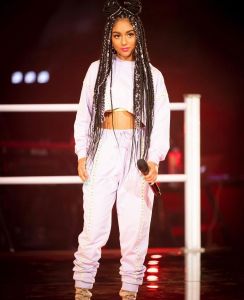