Kew is where community comes together

Step on to the streets of Kew Junction and you’ll find yourself in a bustling precinct of shops in a suburb that over 23,000 people call home.

Find a Business in Kew
Watch ‘Meet The Traders’

Kew Junction is a vibrant busy shopping strip in Melbourne’s inner eastern suburbs. Welcome to the Heart of Kew.

Kew Junction is well positioned as a gourmet food hub of Melbourne, along with an array of well established destination shops and businesses representing all of the top professions – watch our short video about this fabulous outer city location.

Cocoa Patisserie, baking in-house seven days a week. Offering everything sweet from cupcakes and mini muffins up to large celebratory cakes for 100 people +. We also have a large variety of savoury products including filled baguettes, our home made pies, fritatta, and quiche. Specialists in everything cake.

We provide Virtual Office services including full mail receiving, actual street address for your business as well as access to photocopying and printing facilities.

3 Point Motors Mercedes-Benz have been a Melbourne icon for half a century. In 1947 Ray Foo and Charles Kellas started a panel Repair Business in North Fitzroy. At the time it would have been inconceivable that a thriving successful Mercedes-Benz Dealership would emerge from their fledging two man smash repair business, but in 1951 they were approached by Standard Cars, the then importer of Mercedes-Benz to repair any shipping damaged cars, or company cars requiring body repairs. (The business at that time was Star Motor Panel Works).

The quality of their work was much admired and when Mercedes-Benz were looking to establish a network of dealers in Australia, Star Motor Panel Works were approached. In June 1961 under the name of 3 Point Motors, they were appointed an Authorised Mercedes-Benz Dealer.

The dealership grew over the years and moved a number of times as expansion was required. Ownership of the company changed in the 1980’s and the Campbell family have retained ownership from that time.

The Woodfrog Bakery began life in a big vacant furniture shop in St Kilda with a plan to create some of the finest breads imaginable, without compromise. In our arsenal was baking experience at some of Australia’s finest bread shops, an attitude to solve any problem in our path and the ability to function on very little sleep.

Every day, in every bakery, Bakers Delight bakers use real ingredients to bake unreal bread. And what’s baked that day, is sold fresh that day.

Big Swing Golf is the ultimate indoor golf experience, conveniently located and ready to play – even in the rain.

Featuring championship courses, state of the art ball tracking and excellent facilities, Big Swing Golf offers a realistic, fast and fun indoor golf experience – for playing on your own or with a group of friends.

We’re ready for your functions or group bookings, with state-of-the art simulators and facilities to get the competitive juices flowing with your work collegues or mates.

Dynamic Health Physiotherapy is a dynamic clinic with a caring and hands-on approach, to get you at your best… fast!

Our business was established in 2005 by Founders/ Directors and Principal Physiotherapists Anna Stylianou and Debbie Skaliotis. We have a great reputation for being able to successfully treat injuries that have been difficult to fix.

Kew Neighbourhood Learning Centre is a place in the community where people come to share, connect, learn and realise their potential. They offer diverse programs in adult education, children’s services and social activities. KNLC also offers a wide range of responsive programs to those in the local community who are experiencing social isolation and distress.

Cobblers of Kew is a family business, with son Michael now running this popular and professional outlet conveniently located in Walpole Street Kew. Operating for over 16 years, this third generation business offers an eclectic range of services and products including shoe repairs, lock smithing, keys cut, remotes for garages and gates, shoe products and accessories and watch bands and batteries.

Michael comes from a family of bootmakers and cobblers, so he is able to offer customer’s his extensive expertise and knowledge for the vast array of services on offer. Michael’s father is still involved in the business with shoe repairs.

They also sell a range of R&M, Uggs and also undertake repairs to bags. So ladies, those favourite boots or shoes with the broken heels tucked in the back of your wardrobe, it’s now time to bring them out and leave them with the experts of Cobblers of Kew to repair.

One Stop Shop for All your Picture Framing needs.

Star Pharmacy has taken the time to listen to you and put together an amazing pharmacy designed to provide an even higher standard of service. Our vision at Star Pharmacy is to offer “Better Health Solutions” and we will achieve this through our vibrant and energetic team who are recognised as experts in providing health care and advice. With our advanced technology, extensive health services, experienced pharmacists, naturopath and trained staff we are equipped to assist you with all your primary health care needs. We recently have become a Compounding Pharmacy and now we can “Personalise your Health”

A number of exciting projects are also happening including a new and improved loyalty program. We are also working with our valued suppliers in bringing you the ranges you love best at competitive prices. Through our journey we have not forgotten about our extended furry family members and with this comes our dedicated Pet Care range. And let’s not underestimate the power of retail therapy… with some amazing brands such as Chanel, Dior, Estee Lauder, Clinique, Lancome, Clarins, Jurlique, L’Occitane and Revlon, available at our store together with the expert advice of our skin and beauty consultants.

We hope to see you all in store soon. Until then keep well.

Conveniently located at 283 High Street Kew, The Cleaning Shop stocks an extensive range of cleaning products and supplies. It is the place for all your domestic and commercial cleaning needs.

In the heart of Kew, Dawson is an all day venue serving up brunch until 3pm and delicious Italian-inspired lunches and dinners until late.

Workshop 3101, Home of CrossFit Kew was the realisation of a dream to create an ideal strength and conditioning environment. Our approach is based around a sustainable approach to training and fitness, which allows optimal athletic development of the body over time. We have an awesome community of like minded individuals who are all passionate about health, wellness and performance.

Kew Junction Business Association are very proud to donate to our much loved charities. Please contact us to help reach our goal.

January 14, 2022
Spend in Kew Junction for Valentine's Day and you would win a $4000 voucher for Tiffany's!
Read More 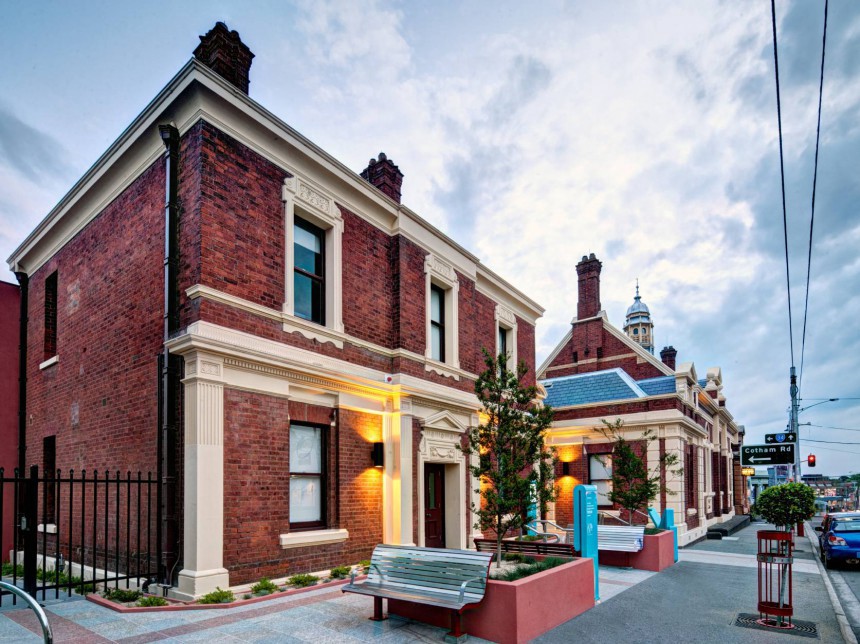 Kew Junction has a rich history. Built in 1851 on the territory of the Wurundjeri Willam, shops began to open on High Street towards the end of the decade.